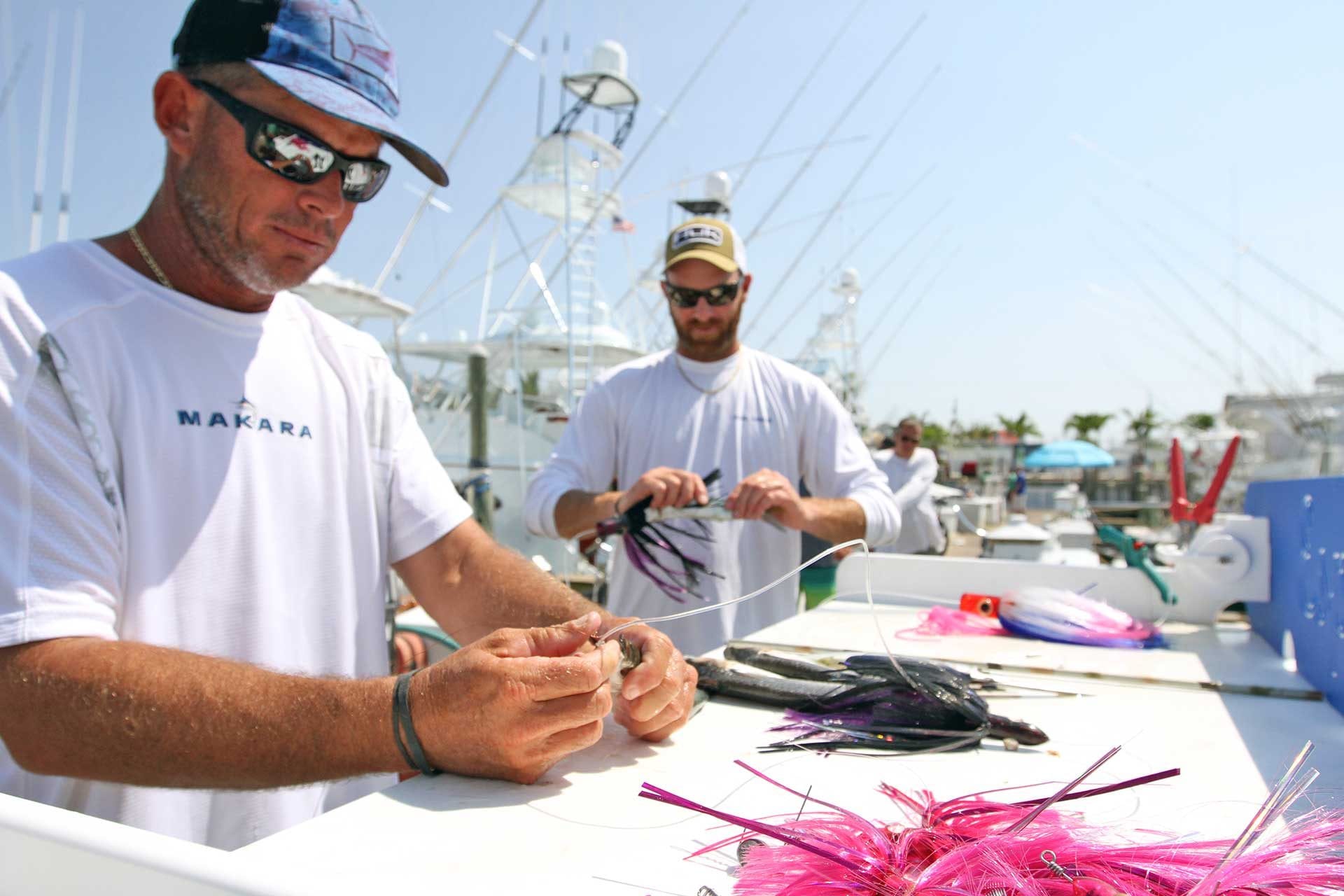 With the brutal winter weather behind us here in the Northeast, it’s once again time to gear up for some of the best big game fishing events in our region! Even though we saw some “so-so” fishing in our canyons throughout 2017, historical data and trends in fish migration suggest 2018 is setting up to be a season you don’t want to miss out on. NOW is the time to do a full maintenance check on the boat, safety and fishing gear because no one wants to be stuck at the dock when the fish are chewing.

To kick off the season, the 38th Annual South Jersey Shark Tournament (June 6-9) has been one of the most discussed events this year after some federal regulation changes have been put in place starting January 1, 2018. Now the use of circle hooks, a shark fishing endorsement, as well as the latest 83” minimum length for Mako sharks have all become required in order to continue the fishery. However, I am optimistic to say FEAR NOT! Circle hooks have been mandatory while shark fishing in other states, such as New York, for several years now. With that being said, we have continued to see success in their events and expect to see the same in our own. The major difference is going to be how the shark is hooked. Rather than setting the hook forcefully, the hook will pretty much set itself by gradually increasing in the drag as the fish runs. The shark endorsement is simple and not worth getting worked up about at all. A short video and a quick questionnaire and you’ll be on your way! As for the 83” minimum, this change is the one that stirs up the most debate. Yet, the numbers provide the best support. Our shark tournament has always had a higher standard than the rest with a 200lb minimum for qualifying shark, which we have never had a problem reaching in the past. An 83” Mako calculates to approximately 230-240lbs. So the added weight was still never far from the current change retention limits. Over the past 10 years we have consistently had qualifying fish that exceeded 240lbs for the tournament. So we are just as hopeful as ever that this change will not affect our tournament participation. Do we expect a decrease in fish for the weigh in’s? Likely, yes. However, we cannot deny the benefits it will bring in the long run while still being able to shark fish recreationally today. Plus, most of us shark fisherman like to brag, to say the least, so now every qualifying fish will be something worth calling home for!

The freshly named MidAtlantic Tuna Tournament (June 20-24) has been modified to not only have more fishing days available, but also allowing captain’s choice of fishing either two 11 hour day trips or one 22 hour overnighter. Since fishing this event has continued to be very popular but weather dependent more than any, the Captains and crews can make their choice for which time slots to fish even after the captains meeting has taken place. Whether you want to target yellowfin tuna, bigeye, or both this tournament allows the best options to choose from in the Calcutta lineup! We have also created Calcutta options for crews that may not want to go all in, but still have a pretty nice payout. Our three level Calcutta entry options feature a unique competition opportunity against those who get to spend more time targeting tuna and may want to put more money on the line to prove it!

The South Jersey Yacht Sales Offshore Showdown (July 11-14) is back in full swing for 2018! Continuing the concept of the retired Viking/Ocean Showdown, the revised event is now open to all who are just looking to have a family fun event! The Fish-Lay-Fish scheduled event is designed to get friends, colleagues, and family together for some light hearted competition on the water. With plenty of food, beverages, and nightly entertainment, this event will surely become a “must-do” summertime celebration if it hasn’t done so already. With more prizes and awards than most tournaments, you’ll be sure to leave this tournament with much more than just memories!

The 27th Annual MidAtlantic tournament (August 19-24) has become the icing on the cake to most professional big game circuit runners along the eastern seaboard. With high stakes, big payouts, and hospitality that are all second to none, the MidAtlantic is certainly something to get in on each year. If you’re still on the fence about participating, be sure to make a decision soon. We have set our port caps to 95 boats per Cape May and Ocean City ports and we’ve already starting handing out boat numbers in each! Our total purse continues to grow each year and has not shown signs of slowing down. Whether you decide to go “all in” or play the tournament conservatively, there are plenty of options to enter to win big. With 29 winning teams in 2017 the MidAtlantic gives you the best chances to become a winner out of any other tournament in the world!

With another exciting year ahead we look forward to seeing old friends and meeting new in each event this year. We have always built each event with top notch hospitality because it’s not just a competition but an event for friends, families, and all with a shared passion of spending time on the water. The season always comes and goes quick but the memories last a lifetime. So be sure to mark your calendars and save those dates, we’ll be ready to have a good time when you get here!